'IN EVERY WALK WITH NATURE, ONE RECEIVES FAR MORE THAN HE SEEKS' - JOHN MUIR

In October 2008, a young Irishman named James Byrne decided to go hiking, or hillwalking as it is also known in Ireland and the UK, on some of Ireland’s best-loved walking trails. His motivation was simple – he liked the idea of starting up a business that would help people to re-connect with the great outdoors.

He had visited many of Ireland’s beauty spots previously by car. Experiencing them on foot proved to be life-changing. Hiking amplified his emotions – the anxiety about an emerging blister on his foot before a long walk seemed insurmountable; the feeling of elation when he reached his destination was unbeatable. Put simply, he was hooked.

After two months of hiking, James reflected on the moments that had stood out for him: the remoteness and beauty of the trails; the gratitude he felt when he was warmly received at a B&B, the deep disappointment when he occasionally felt unwelcome; the relief at not having to walk too far for an evening meal after a long hike, etc.

As he started to put the first hiking tours together, he kept these highlights (and lowlights) at the forefront of his mind. He decided to make it his goal to make sure that his customers would have the best possible hiking experience when they came to Ireland. 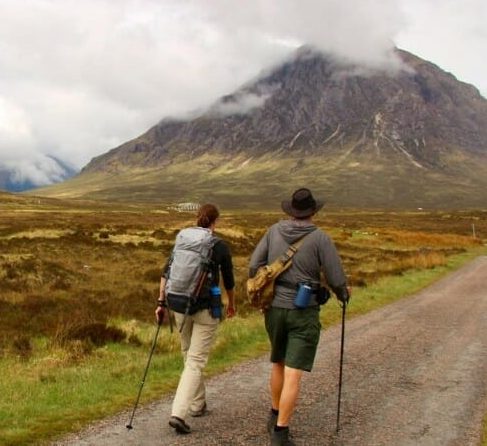 FROM THE FIRST TOUR TO TODAY

The first hiking tour was arranged from James’s bedroom on a laptop and was taken on the Beara Way in March 2009. Since then, Hillwalk Tours has provided happy hiking experiences for over 25,000 customers.

In early 2011, Anthony Barrett, who had grown up in the tourism business, joined James and operations were moved to an apartment that they shared together.

In 2016, having gradually moved to bigger and bigger offices within the GMIT Innovation Hub, we eventually outgrew their biggest office and moved closeby to the Galway Technology Centre.

In 2017, we sold our first tour outside of the UK and Ireland, the famous Camino de Santiago pilgrimage in Spain. Further new trails in the UK and Ireland continued to be added in the following years leading us to now cover all of the best Celtic trails with our unique itineraries. 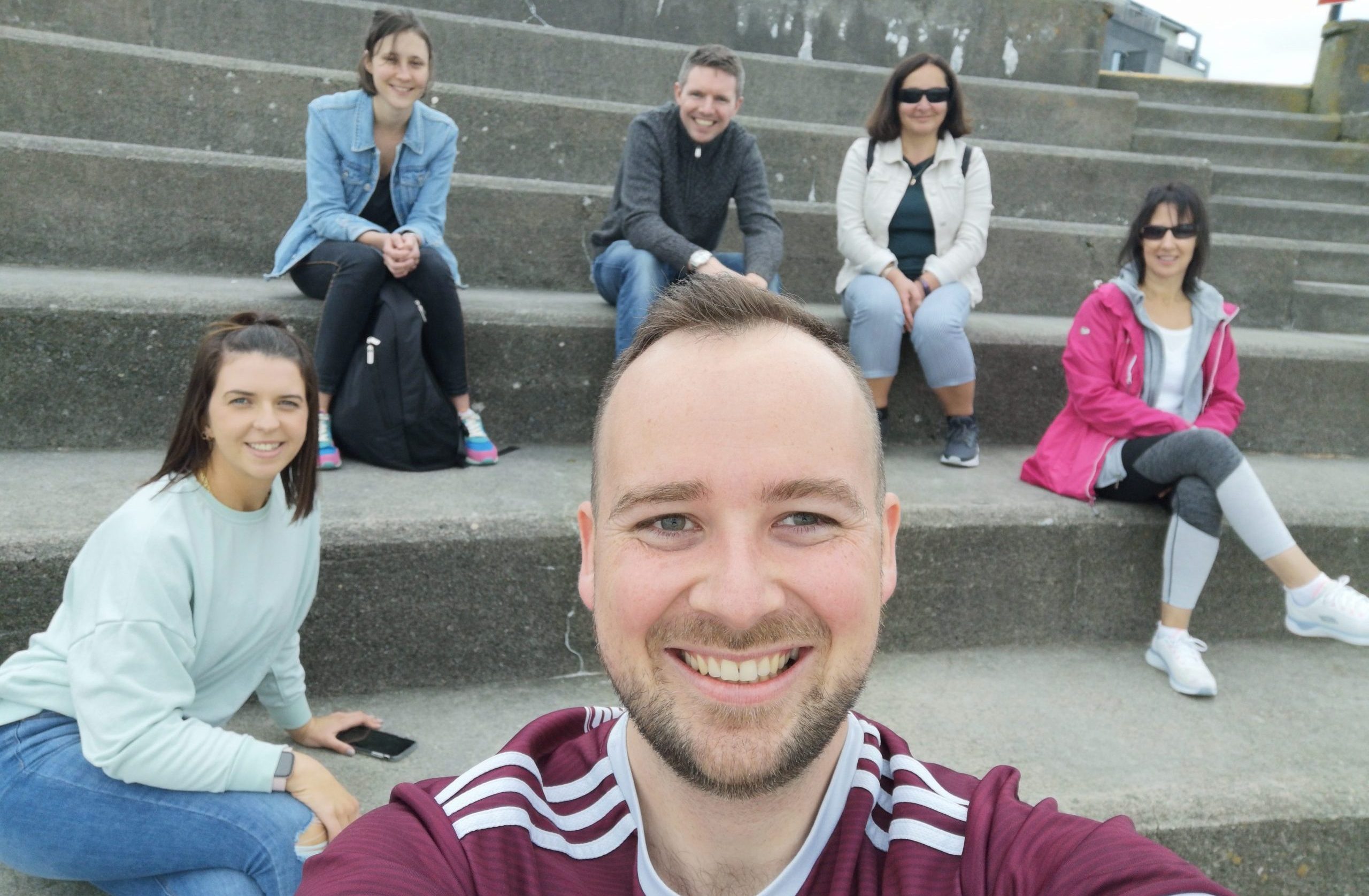 In our bright and diverse head office in the city of Galway on Ireland’s west coast, the one thing that hasn’t changed is the mission originally set out in 2008. “Creating experiences that make people happy” is our core purpose and what we work towards every day.

We do this of course by helping our walkers have the best possible experience on their hiking tours. However, this mission extends beyond just the walkers who take to the trails. It means that for our colleagues also, we aim to make working at Hillwalk Tours a happy experience. We’re privileged to have a friendly multilingual team that offers personalised customer support whether you’re already on a hiking trail or just dreaming about a hike that you’ve had on your bucket list for years. We hire people who care about what we’re doing, support them and work together as a team to achieve our goals. 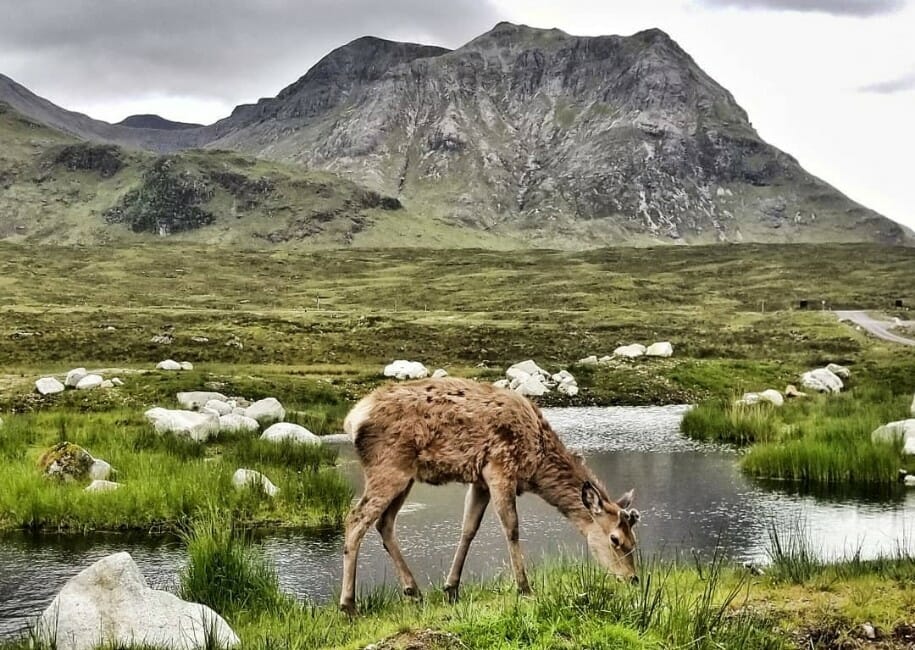 We try to create happy experiences for our B&Bs too, and the restaurants, shops and taxi companies that serve our walkers. These are often small businesses located in isolated areas that have been left behind by urban migration and a lack of investment in rural regions. Their warm hospitality and friendly welcomes epitomise the magic of a Hillwalk Tour and we’re dedicated to helping keep these rural communities alive.

We are blessed that so many rugged coastlines, towering mountains, sandy beaches and quaint villages are accessible to walkers and we want to keep it that way. As more and more people take to the great outdoors, our collective mark on the environment increases. Litter, damage to vegetation and water pollution are just some of the results. Protecting the environment is not something we just preach about, but it’s something we practice too, by supporting the ideals of Leave No Trace. We believe that the Leave No Trace ethos can have a tangible impact on nature conservation which is why we encourage all of our walkers to make it hard for others to see or hear you and to LEAVE NO TRACE of your visit.

WE ARE HILLWALK TOURS

> Want to join our team? Have a look at our current job vacancies