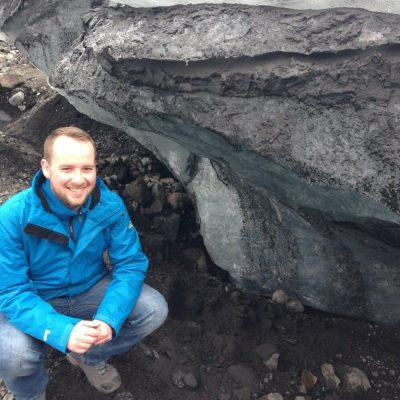 A native to Galway, on the West Coast of Ireland, Richard grew up on a small rural farm in North Galway. With an infectious love for travel, he spent much of his free time (and money!) as a student travelling throughout Europe and further afield. Having finished University amidst an economic recession, he upped sticks and left Galway to go and live in Belfast in Northern Ireland. Some say it was work that brought him to Belfast, while others say it was love (his then girlfriend, now wife, was living there at the time!)… we’ll let ye decide on which one! 🙂 While in Belfast, he returned to University to study travel & tourism, and so, when the opportunity arose in 2012 to join Hillwalk Tours and return to his native Galway, he simply couldn’t resist!

As Business Innovation Manager, Richard is in essence our software guru! In order to deliver the best possible service to you, and to help us manage all of your bookings, we use ‘TOMAS’; our own purpose built software system. Richard was responsible for managing the development of ‘TOMAS’ and now spends his time ensuring the wheels keep turning while also looking for ways to improve and create an even greater experience for you.

Outside of Hillwalk Tours, you will probably find Richard at the local football stadium supporting his beloved Galway United, or alternatively playing football and wondering why Barcelona never looked to sign him! 🙂 He also spends a lot of time travelling throughout Ireland, whether it may be to music concerts, a staycation break, visiting his wife’s parents in Derry or visiting his own Mam & Dad (where he’s also quick to get the wellies on and go farming!). And for a proper chill out, you will find him on the couch, pizza in hand, watching the latest & greatest films or TV series.