[expand title=”Want to try these Galician foods for yourself?”]

Dried octopus was traditionally used to cook this dish, however this has now been replaced by frozen octopus. Frozen octopus makes this Galician food a lot more ‘workable’ and easy to cook.

Pulpo á Feira is typically served on a wooden plate with potatoes that have been cooked in their skins on embers.

Tradition says that water should not be served with this Galician food and so red wine is instead. 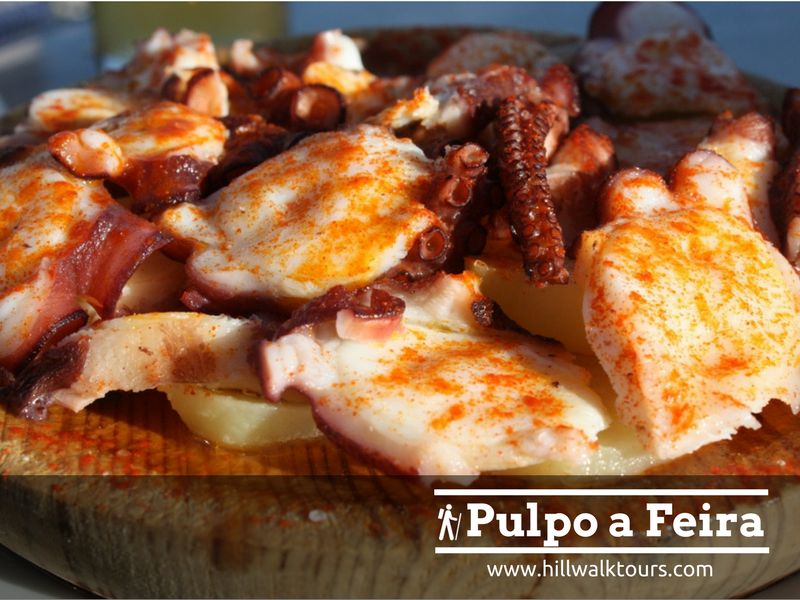 The Empanada has variations worldwide – the Cornish Pasty in England and the Samosa in India to name but two. This popular dish is traditionally a Galician food.

The Empanada is essentially a meat pie which can also contain other fillings. It is made by folding dough over a meat filling and crimping the edges shut.

The skillful chef can do this using one hand, however a fork is also acceptable. 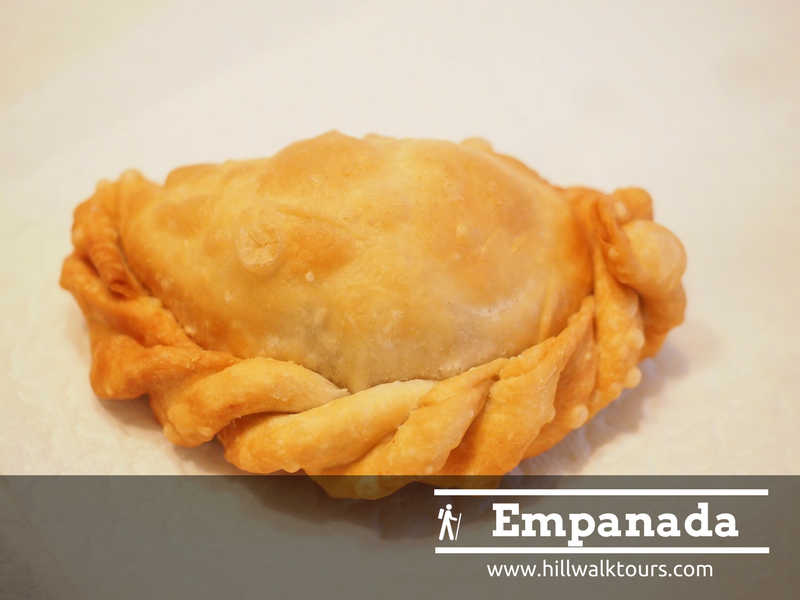 Caldo Galego is a Galician food, meaning Galician broth. It is a hearty soup which can contain potatoes, beans, pork, chorizo, or other types of meat. 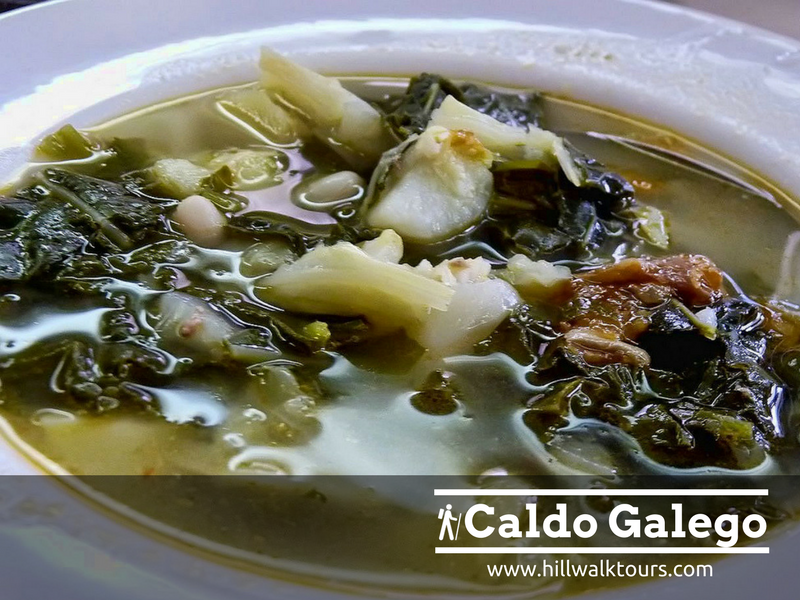 Torta (in Galician) or Tarta (in Spanish) de Santiago is a typical Galician dessert.

The filling of this Galician food is ground almonds for the majority, while other tastes can be added – such as lemon zest.

The top of the Tarta is sprinkled with powdered sugar with an imprint of St. James’ Cross. 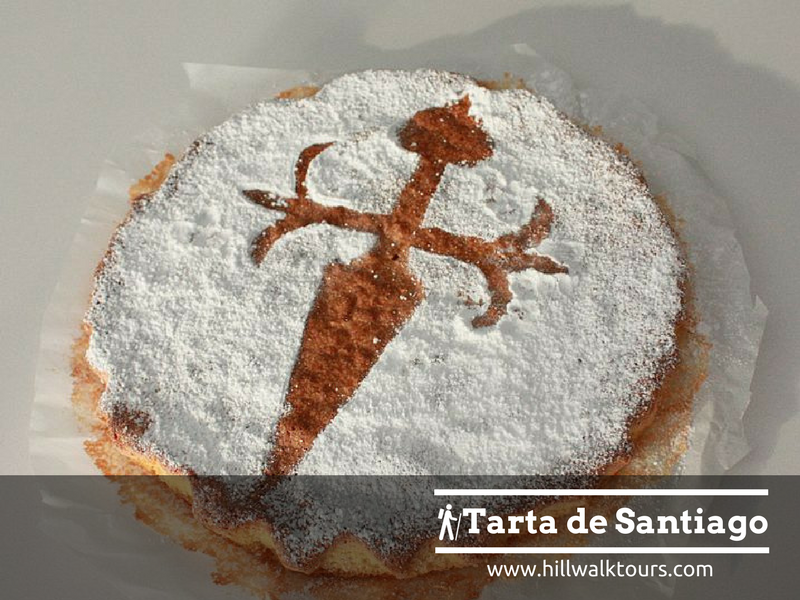 Pimientos de Padrón are small, fried, green Spanish peppers. The excitements lies in that 1 in 10 are extremely hot – the only way of knowing is when it’s in your mouth!

Pimientos de Padrón are fried gently in olive oil until they blister and wrinkle. They are then sprinkled with sea salt and served as tapas.

Bread is an excellent accompaniment in order to soak up the oil on the plate. 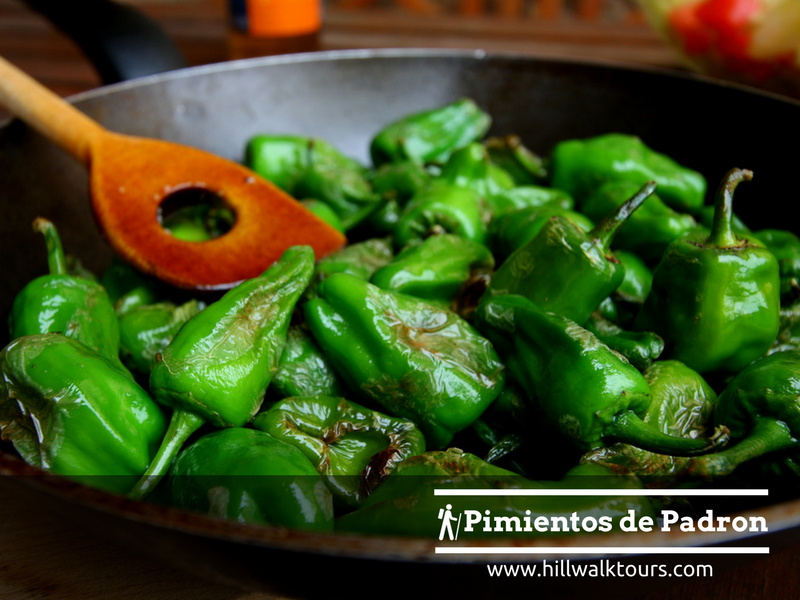 The meat used in Lacón con Grelos is the hock of the pig’s leg and it is served with Grelos, or green turnips. Chorizo, a spicy Spanish sausage, is an excellent accompaniment to this dish. 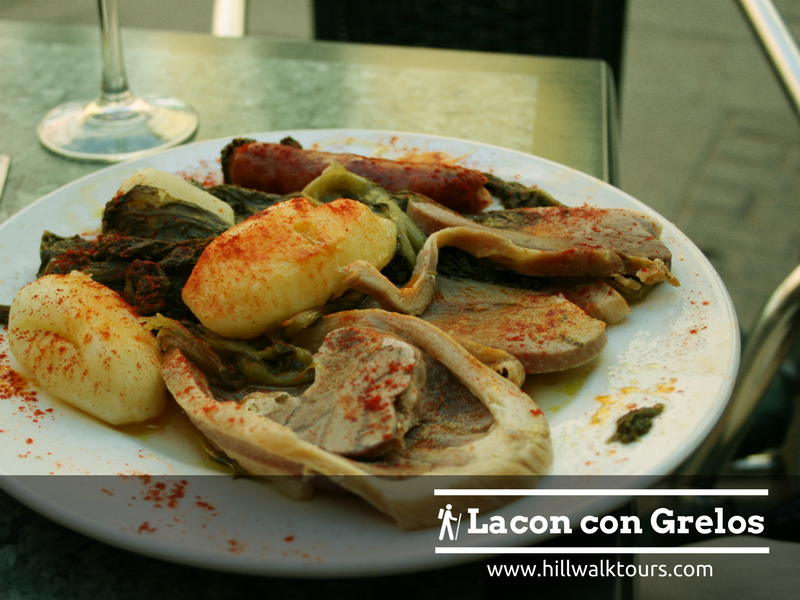 [expand title=”Want to try these Galician foods for yourself?”]