Hadrian’s Wall has so much to offer. Hike along the adjacent path. Discover ruins of the Roman Empire’s most northern barrier in Britain. Experience the peace and quiet of England’s wilderness. A UNESCO World Heritage Site, this ancient wall has so much to offer in terms of history and scenery. The Wall, forts and watchtowers along the 135km stretch truly demonstrate the advanced nature of the Roman Empire’s military and construction techniques.

An Overview Of The Walk

This walking route is considered to be one of the easiest long distance trails in England. Reaching from Wallsend on the east coast of England to Bowness-on-Solway on the west coast, the wall stretches for 135km (or 84 miles). The route is comprised of a mixture of footpaths, fields, well-maintained tracks and very few climbs. This mostly flat and even surface means that the Hadrian’s Wall walking route can be enjoyed by people of all ages and abilities. If you don’t fancy tackling the full 135km stretch, there are options to just walk certain parts of the wall over 4 – 11 Days. 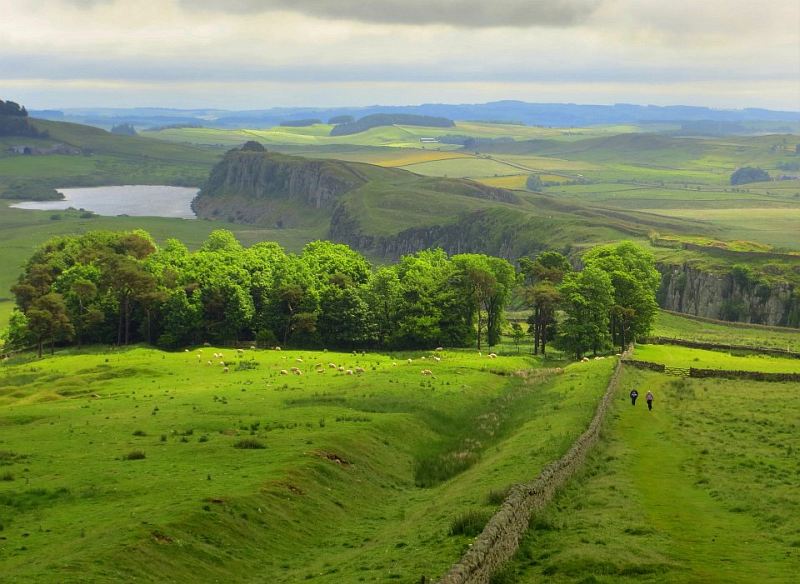 From East to West

Given that the Romans began building the wall from east to west, this is the most popular direction to walk the route. Many walkers also feel that it is ‘more natural’ to walk out of a big city into open countryside and it also makes getting to the start of the walk easier. Leaving the city of Newcastle behind, the scale of the Romans’ project becomes increasingly clear as more forts and watchtowers come in to view.

The mid-portion of the hike, between Chollerford and Lanercost, is where you truly get to experience the wilderness of the countryside. Some of the most important and well-preserved ruins are here, such as Housesteads and Vindolanda.

Some undulating terrain, well preserved Roman ruins and quaint little villages later, the wall ends (not in Wallsend as you might expect), but in Bowness-on-Solway. 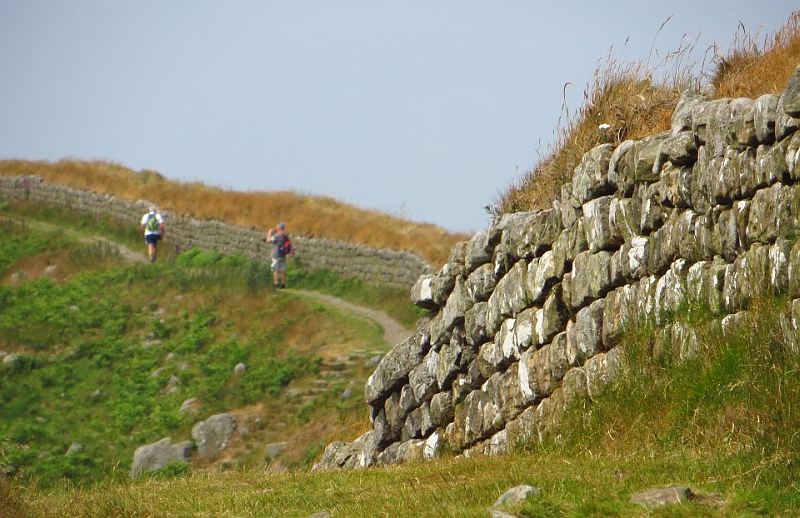 Sycamore Gap is one of the most photographed spots along the wall, as well as in the whole of Northumberland National Park. Having been used as a filming location for “Robin Hood: Prince of Thieves”, it is immediately recognisable. 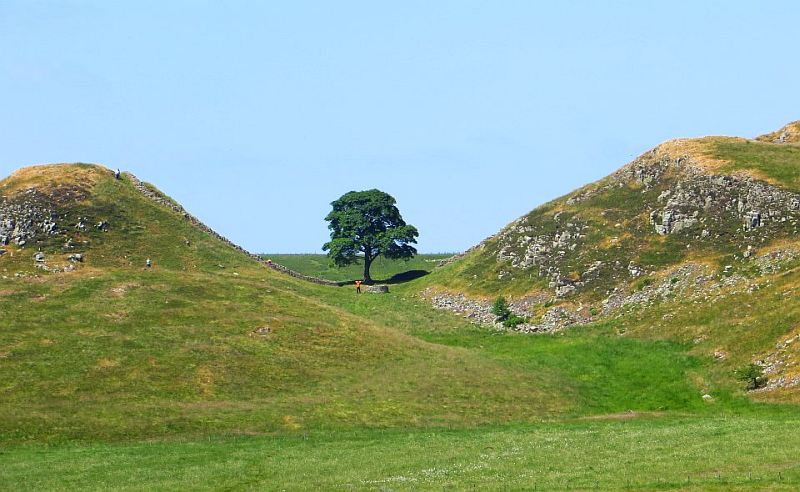 Step Back In Time

In and around 122AD, Emperor Hadrian visited the north of England to inspect the construction of his wall. The purpose of Hadrian’s Wall is debated. It was commonly considered to be the border between England and Scotland; however this is not the case. It does mark the northern-most boundary of the Roman Empire in Britain, leading some to believe that it was constructed as protection from the barbarians in the north.

The effectiveness of the Wall for this purpose is, again, debated. Whether it was capable of preventing or hindering attacks from the north, the Wall is certainly a demonstration of the might and advanced construction capabilities of the Roman Empire.

It is estimated that three legions of Roman infantrymen worked on this project. Each legion was roughly 5,000 men strong, taking them approximately six years to complete construction.

At the beginning of construction, the Wall was planned to be roughly 3 metres wide and around 4.5 metres highs. Good use of the surrounding landscape was made as the Wall and accompanying structures were built on crags and ridges. This provided high vantage points and clear, unobstructed views over the north.

At mile intervals, small forts and gates were constructed. There are called milecastles. Upon excavation and examination, each milecastle was thought to have housed 5 to 8 men. Different features were incorporated into each structure – some had ovens and stoves, some had staircases while others were completely basic.

Between each milecastle there lay two watchtowers. These were always made from stone and provided excellent viewing points over the north. In the early stages of construction, it is thought that security wasn’t a major concern as doors and entrances were built at ground level. 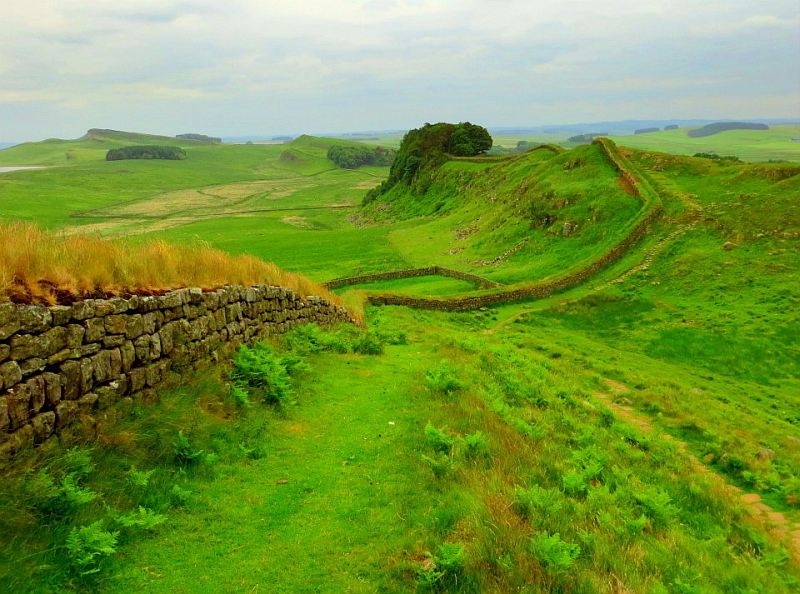 Later on in construction, forts and extra security measures were introduced. We can only hypothesize that perhaps the Romans witnessed an influx in attacks from the north in this time. Focus was put on increasing garrison numbers at these forts and the ease of movement from within. Between 500 – 1000 troops were estimated to have been stationed in each fort so double gates were utilised to assist in this movement.

In certain sections, a large ditch was dug with mounds of dirt at either side. This would be nearly impossible for anyone to traverse without assistance from the crossing points, which were greatly reduced in number.

As construction phases ensued, there was a decline in the high standard of work. The Wall’s dimensions were reduced and shoddy craftsmanship is evident. This may indicate to us that the Romans were suddenly in a rush to get construction completed.