All You Need To Know About Highland Cattle

February 3, 2017 by Hillwalk Team
> Hillwalk Tours Blog > Hiking in Scotland > All You Need To Know About Highland Cattle

The mystery of the Loch Ness Monster. The arm-flailing annoyance of the midge. The majesty of Highland Cattle. All of these are icons of the hiking trails in Scotland, but one stands out above the rest: the Highland Cow.

Its incredibly trendy fringe and powerful-looking horns make Highland Cattle unmistakable, and a photo opportunity not to be missed.

The History of Highland Cattle

In 1885, the registry for Highland Cattle was established meaning that Highland Cows are officially the oldest breed of cattle in the world. Since then, these fluffy beasts have been exported all of the world. They are more suited to countries with a harsher winter climate due to their hardy nature. As a result, these cows can be found in Scotland, Canada, Norway, North America, South America and Finland, as well as Australia. That list isn’t exhaustive, of course.

There were two similar breeds of these cows recognised at first – a smaller Highland Cow and a larger Mainland Cow. These breeds have since been cross-bed so there is no longer any distinction between the two.

Where Do You Find Highland Cattle?

As the name suggests, Highland Cows originated from the Highlands of Scotland. It is thought that they were brought there around 2,000 B.C. by farmers migrating north. Today they can be found in the aforementioned countries of Scotland, Canada, Norway, North America, South America, Finland and Australia. There are also ongoing efforts to introduce the breed to New Zealand due to its hardiness.

Do Highland Cows Have Horns? 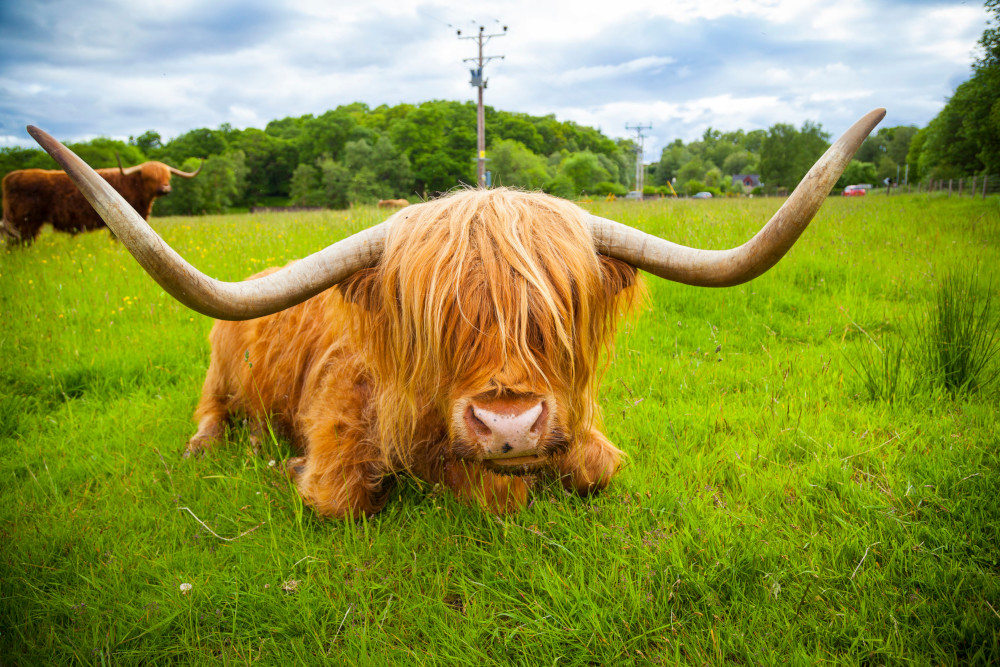 The horns of a Highland Cow tend to grow out of the head parallel to the ground and then curve slightly upwards. This make it useful for foraging through snow to reach grass underneath for grazing.

Features and Facts About Highland Cattle

What Are Male Highland Cows Called?

Despite their fearsome stature, Highland Cattle are known to have a good temperament both towards humans and each other. The aforementioned social hierarchy reduces any conflict or aggression in the fold, and they’re partial photobombing the odd selfie.

They are very protective of their calves though, so take caution if you spot a mother and her young.

Here Are Some Pictures Of Highland Cattle