It’s always a good idea to think about what measures we can take to keep both the weight and overall volume of hiking equipment to a minimum in our backpacks. The list of lightweight hiking gear that follows is, however, not your usual run down of high-tech (see also: ‘high cost’), ultralight, ultra-space-saving futuristic hiking gear.

Instead, I’m going to once again call on my experience as a former Army Officer to suggest a few very novel, and rather useful items of downsized, reduced weight gear which myself and my colleagues discovered in the Army, ranging from the somewhat obvious to the seemingly absurd. 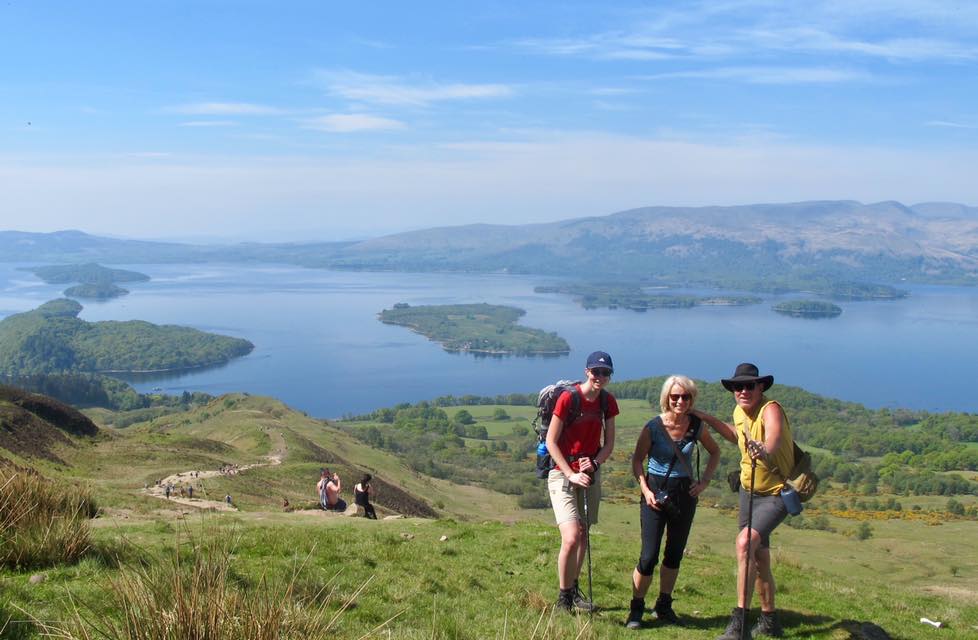 Interested in a self-guided hiking adventure – check out hillwalktours.com

Whenever heading off overnight, I almost always bring a ‘bivvy’ bag. Bivvy comes from the word bivouac, and it is effectively a waterproof outer layer for sleeping bags. A bivouac bag is a suitable substitute for a tent in the right climates and regions, and makes for a great emergency shelter on shorter trips. Before we go any further with this list I’ll point out that virtually all of these items can be found at Army surplus stores and online around the globe, although certain military items are limited to certain countries, while others were only commonly available in places like the United States many years or even decades ago now, but can still be found in Australia. 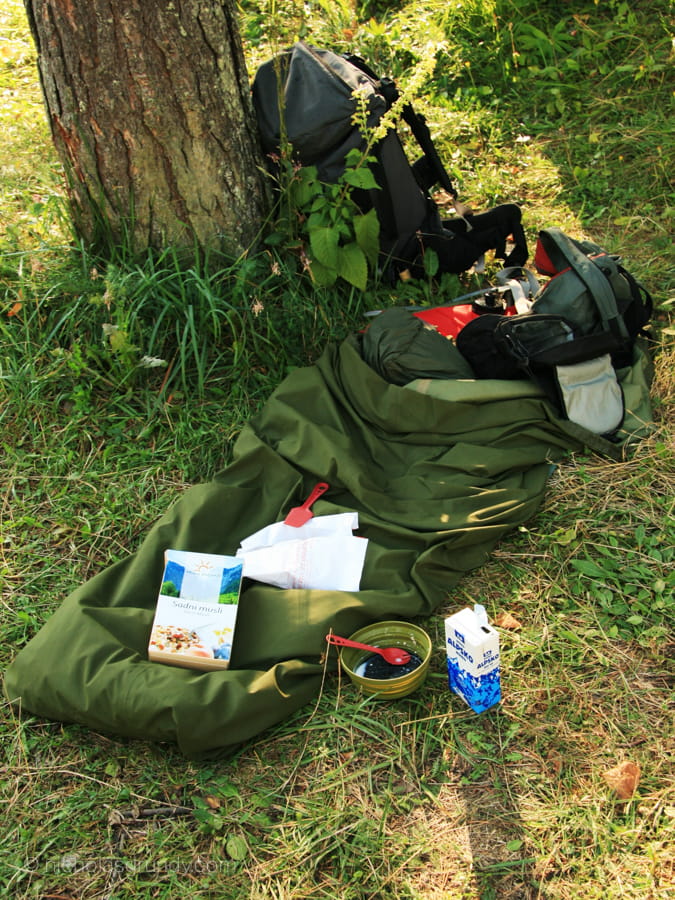 Also known as a groundsheet or simply a tarp, the Australian Army calls it a hootchie. The rectangle of waterproof material folds into something resembling an Apple iPad. It can then be unfurled and has more than enough metal rings and fabric straps to tie it up as an emergency shelter for one person, two at a squeeze! When walking in drier climes or staying in bed and breakfasts, it’s still no harm to have a backup plan for poor conditions. 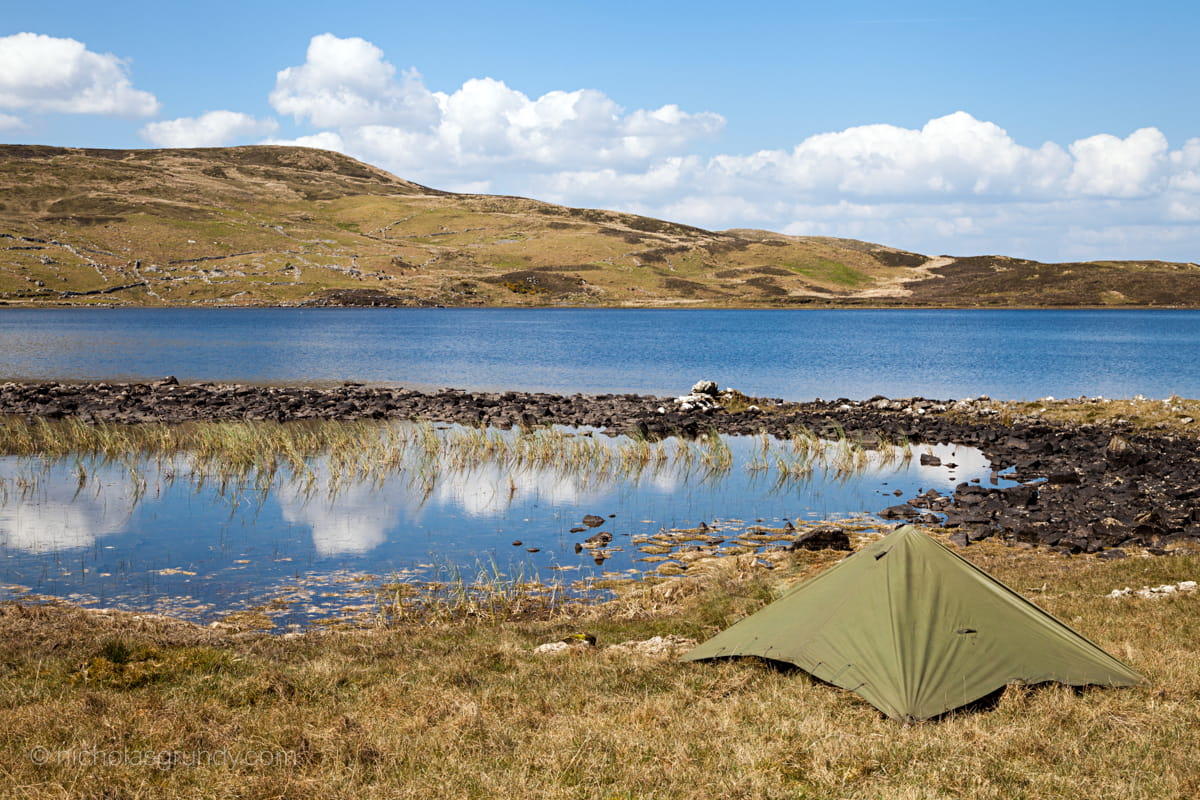 Is your heavy raincoat or jacket taking up too much space and weighing you down? If you’re out walking in the summer you can generally leave jackets and raincoats behind, even in many parts of northern Europe. You may have seen the plastic trash bag-like ponchos for sale at music festivals before, but if not, merely cut two arm holes and one neck hole in a big black garbage bag and you’ve got a lightweight, emergency raincoat ready to go in your pack.

One unique item phased out of the US Army decades ago, thanks mostly to MREs (Meals Ready to Eat), yet still used in the Australian Army, is the humble kidney cup. This steel cup’s cross-section resembles its namesake organ. It therefore very snuggly contains the green, kidney-shaped water bottles used by many militaries worldwide. The resulting ensemble takes up practically no additional space on top of what you’d already need to bring in terms of water anyway.

Furthermore, the kidney cup is then used to boil water and heat food, with a collapsible handle making it easy to utilise. The only drawback in my mind is that this is the one piece of equipment I wouldn’t really classify as being on the light side. Perhaps someday an enterprising company will manufacture something similar from a thinner, less dense metal? 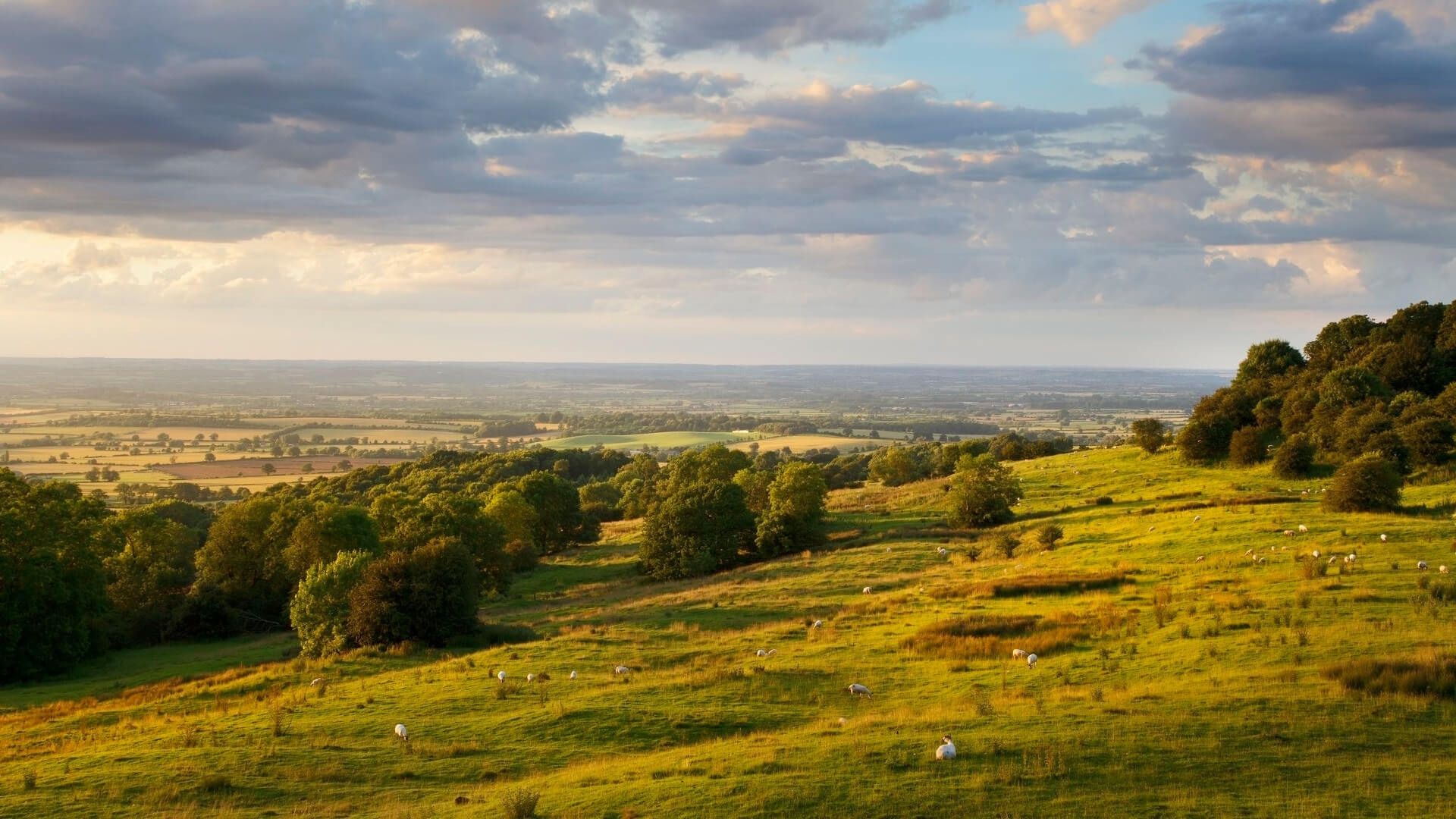 Although the above-mentioned kidney cup is a bit on the heavier side for this list, fortunately the accompanying water bottle which slots inside it makes up for this. The overall space-saving achievement more than outweighs – pardon the pun – the weight of the steel. And our next item is an example of how we can further cut down on the weight of our overall cooking, eating and drinking set up. 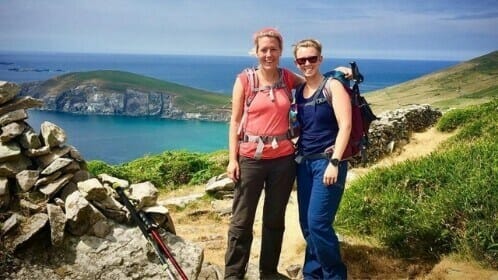 Those tiny hiking stoves which screw into the top of a butane gas bottle are brilliant. When combined with the aforementioned “kidney team” it rounds out the trio rather nicely. I’ve said it before but I was never a fan of the whole Trangia cooking set up. While the Trangia pots, pans and lids are in fact made of a thinner, less dense metal as I just brought up, it’s precisely all these pots, pans and lids that I dislike because of how much extra space they take up.

Think of it this way: Instead of fumbling about with a methylated spirits bottle, the fuel burning container, and the vast array of fiddly bits and bobs, I simply pull the water bottle out of the kidney cup, pour water in, screw in the stove top, fire away and then we’ve got boiling water for coffee or pasta.

When hiking with a friend you can eat or drink your portion directly out of the kidney cup itself as well. In the Army we used these tiny, folding metal stoves which were even smaller and lighter than the gas bottle and stove system. We simply balanced the kidney cup on top (sometimes a nightmare fraught with dinner-destroying disaster I’ll admit), inserted a flaming fuel tab (the size of half a matchbox) into the stove and voila, piping hot coffee. And sorry again Trangia! Maybe someday you’ll win me over yet.

One of the most useful items both during my military service and since getting out of the Army has been a tiny device known by the acronym FRED. Officially it is the ‘Field Ration Eating Device.’ It is known more colloquially in the Australian Army as the ‘Fairly Ridiculous Eating Device,’ with ‘fairly’ usually being interchanged with a certain expletive. Just use your imagination.

The unique piece of kit is about the size of a thumb, and is a flat, rectangular bar of metal. Basically it’s the world’s smallest can opener. The Australian version is a vast improvement on the original US Army P-38 and P-51 designs. The difference? The version from down under was lengthened to incorporate a spoon at the far end, away from the can-opening clip. In my mind it’s the perfect example of industrial design. While the US version was phased out after the Vietnam War, as far as I’m aware the Aussie Fred is still in service today. 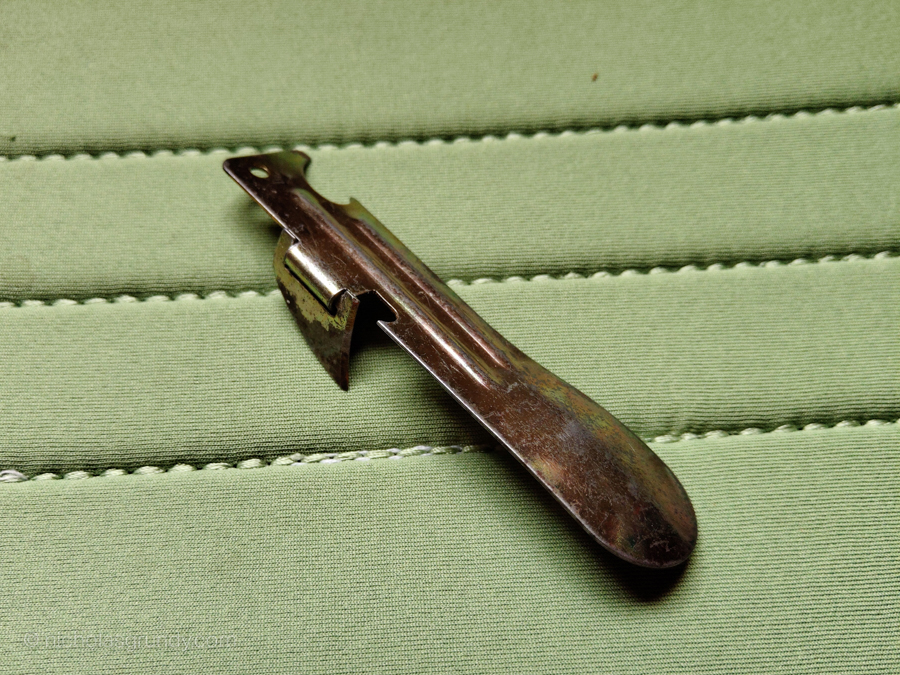 After leaving the Army I treated myself to a few civilian luxuries when hiking and camping. One of these is a set of fold-up bowls and cups. In the Army we simply ate and drank everything straight out of the kidney cup or the cat-food-like packets and sachets! I remember eating plenty of meals cold in the middle of the night when I was on sentry duty (which means not eating, and definitely not lighting up a stove!) The modern materials used in these folding bowls are heat-resistant and work well as lids to place over the kidney cup and help the water inside boil faster. They of course also fold down very well to save space in your bag. 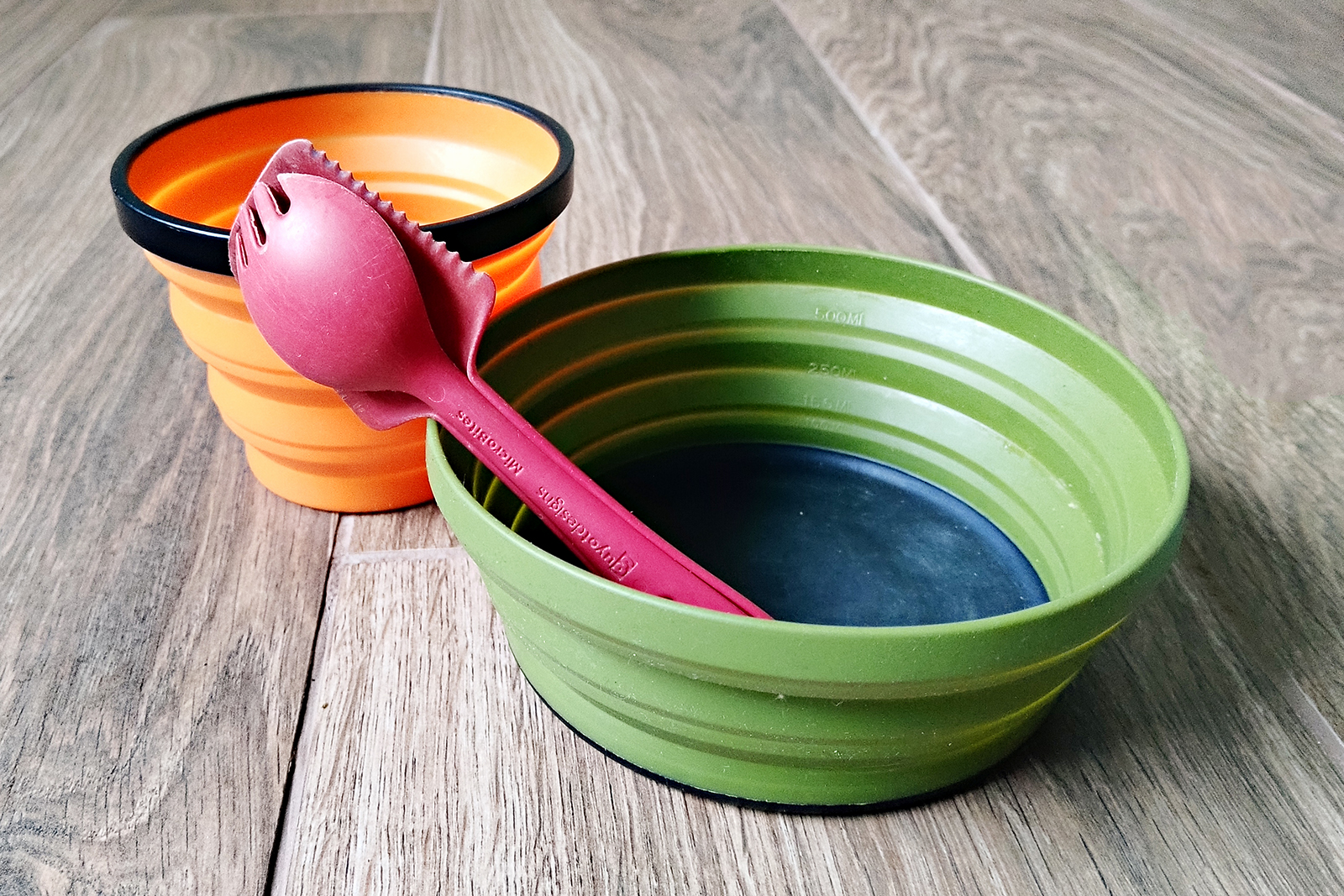 Likewise with my departure from the military it was time to use more than just the painfully small FRED for eating! In the Army we used this chunky and clunky old steel, clip-together knife, fork and spoon (KFS) set. The one thing I transferred to the civilian world was that you can find a lightweight plastic set which still clip into each other. Plus, the spoon and fork are combined to become a spork of course, so it’s much easier to clip together two items instead of three. Finally, my knife is actually at first glance a spatula for flipping eggs and pancakes, but with a surprisingly effective serrated edge for cutting as well. Again, design perfection. 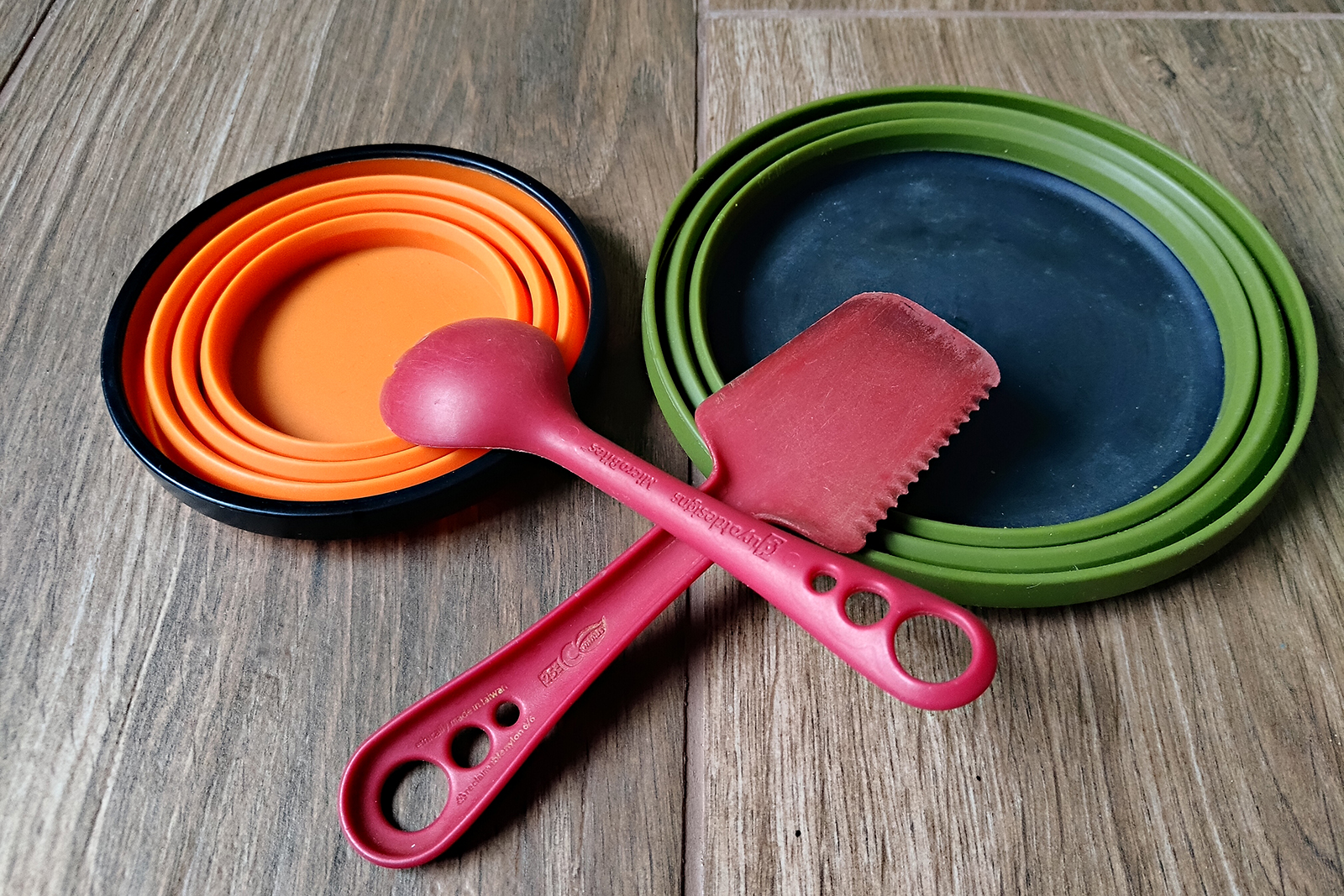 We had some cold nights hundreds of kilometres inland with the Australian Army, where the arid land no longer retains much of the coastal or daytime warmth. Back then I used a fairly bulky neck warmer and beanie to keep from freezing half to death overnight. Then during the day the temperate would skyrocket from -2 degrees Celsius (28 Fahrenheit) up to almost 30 degrees (86 Fahrenheit) and I’d of course have to stuff away the beanie and neck warmer somewhere. Now I bring along a super-thin, yet super warm neck warmer which due to the elastic material can be stretched up and over the ears and head as well, completing two jobs in one.

Sneakers instead of Boots

Boots rising way above the ankles are part and parcel of the military. However as with numerous items of general issue equipment, that really does not represent the best solution to a problem. Correct, military and hiking boots do provide greater support to the ankles, as well as increased warmth and general protection from rocks and undergrowth. Correct, they are easier to make waterproof than other forms of footwear. Yet huge boots simply aren’t called for in all scenarios. I certainly see them as overkill on certain trails and in certain regions. During the summer months, boots are stiflingly hot for the feet. This can raise one’s overall body temperature when moving.

One of my favourite old Army sayings, which does have a good bit of truth to it, is that a single extra pound on your feet equates to five additional pounds on your back! As such, now free from the necessity to don boots at all times, my preference is often for other footwear. For example, when hiking the fairly flat trail along the Causeway Coast Hike in Northern Ireland, and when embarking on a warm climate hike like Spain’s Camino Frances, I would rarely even pack boots in the first place.

In such scenarios a relatively experienced hiker will certainly get away with lightweight below-ankle boots, trail runners, or even plain old sneakers. Wearing smaller trail and running shoes obviously provides the bonus of possessing a smaller footprint as well. While perhaps counterintuitive to seasoned walkers, this can be a substantially better move when hiking and climbing up steeper and rockier terrain.

The benefits of sneakers

It’s not a mistake that rock climbers don footwear comparable in size to those worn by ballerinas! To prove a point, during my time off from the Army I successfully ascended the highest peaks in both Slovenia and Malaysia wearing nothing but Adidas runners. The crags of Mount Triglav and Mount Kinabalu soar to 3,000 and 4,000 metres respectively. Yet no ankles were injured in any way on either journey. In recent times we’ve seen a fair bit of controversy here in Ireland concerning climbers summiting Carrantuohill (Ireland’s highest peak) in nothing but sneakers.

The critics have had some fairly strong words to say about these so-called ‘novices,’ however the opposite may in fact be true, with the sneaker-wearing climbers actually being the most proficient on the peak. At only a little over 1,000 metres (3,400 feet), a summer ascent of Carrantuohill hardly requires gigantic boots and crampons!

So there you have it. A fairly comprehensive and extensive run down of some rather novel and unique pieces of lightweight hiking gear to pack next time you head off for a multi-day hike.