Pilgrim Paths are routes used to make meaningful journeys to places of spiritual significance. Ireland is a country known for it’s strong religious history. It is therefore not surprising that there is a rich history of pilgrims paths in Ireland. In particular, there are many medieval routes to significant Christian sites. Here is our list of the top 5 Irish Pilgrim Paths.

Croagh Patrick is the most famous pilgrimage in Ireland. Following a tradition that is roughly 5,000 years old, thousands of pilgrims climb the mountain on the last Sunday of July each year. People traditionally hiked up barefoot, and many people observe this practice today as an act of penance. At approx. 760m (2,500ft) tall, this pilgrimage is a noteworthy challenge. It’s popularity has also led to significant erosion near the top of the mountain in more recent years.

This pilgrimage is undertaken in honour of St. Patrick. The national saint of Ireland allegedly spent 40 days at the summit, fasting the entire time. It was also from here that he banished all of the snakes from Ireland. Legend goes that he chased them all into the sea after they attacked and pestered him while he fasted on the mountain top.

On our West of Ireland/Connemara tours, you will pass Croagh Patrick as you travel along the Western Way to Westport. Climbing Croagh Patrick is also a popular extra day activity with many of our walkers. 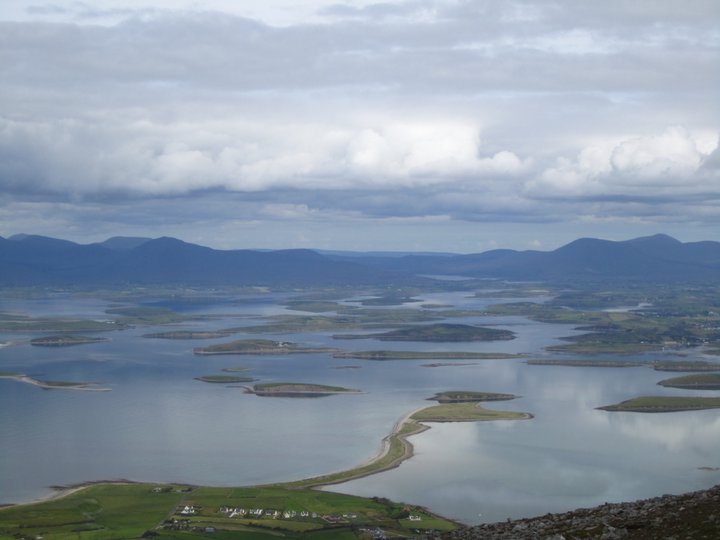 St Kevin’s Way, in County Wicklow, follows St Kevin’s footsteps into the valley of Glendalough (meaning “Valley of two lakes”). It was here that he set up a monastery, surrounded by nature, peace and tranquility. Following his death, his small monastic base grew and attracted people from all over Europe. It was because of this that St. Kevin’s pilgrimage was established.

The valley of Glendalough is now famous, and it attracts people from all over the world. The valley is certainly a sight to behold. However, the pilgrim path is often quiet as most simply visit Glendalough by car.

The official St Kevin’s Way route starts at the small village of Hollywood with another alternative starting location at the church at Valleymount. Both of these options mostly follow surfaced roads until they meet at Ballinagee Bridge. From here, the Wicklow Uplands begin and walkers will encounter the best parts of the trail.

Due to this, our St Kevin’s Way walks start from Ballinagee Bridge and we also include walks around Glendalough and on the lovely Avonmore Way which follows the Avonmore River from Rathdrum to Laragh. 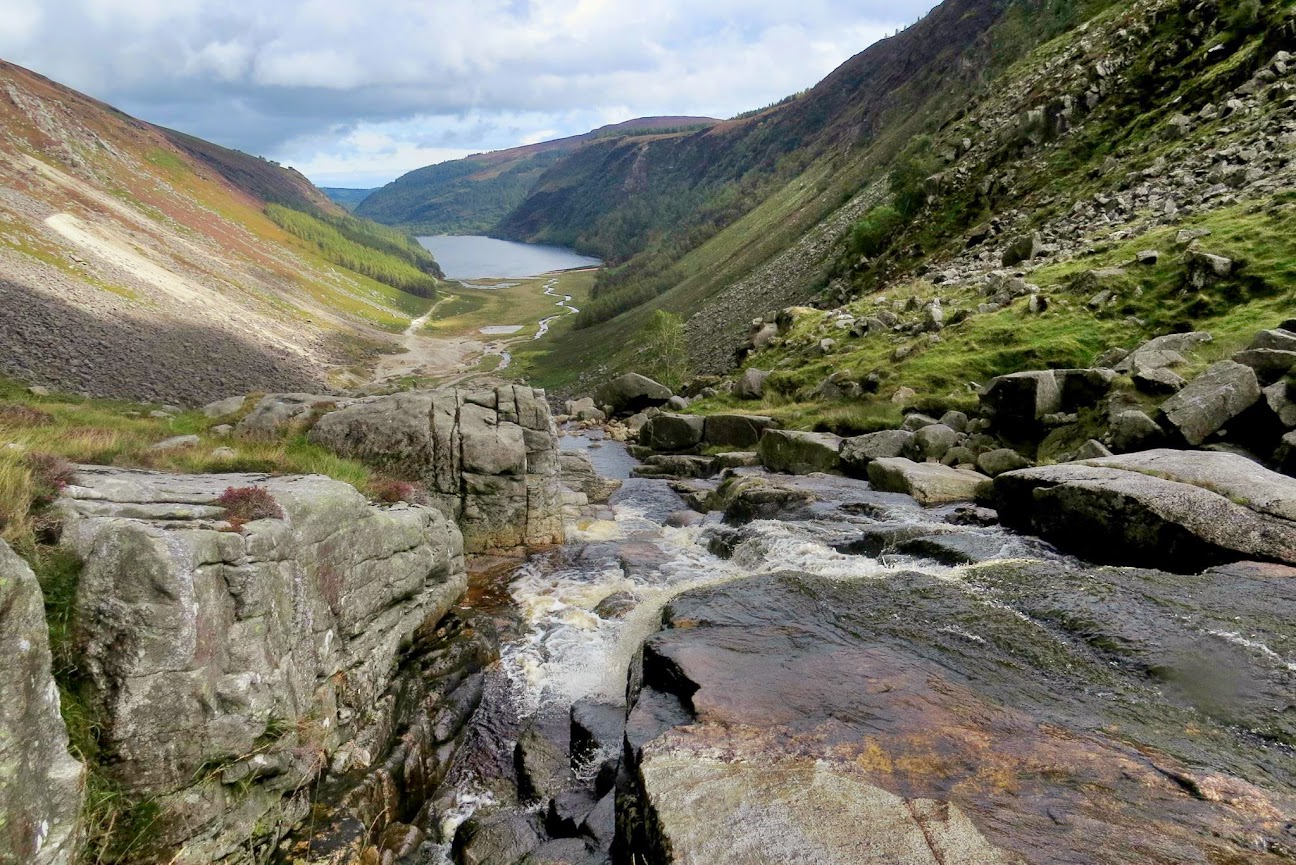 In olden times in Ireland, Catholic mass was illegal under British rule. Catholic priests could be sentences to death for saying mass, and so it was often done in secret. Mass paths were formed, where people from the community would travel and meet at a discreet location to hold mass at a ‘mass rock’.

The Derrynane Mass Path was used by residents of Caherdaniel (Co. Kerry), with many people rowing in from the island to attend mass. There is a 6.3km loop walk which begins at Derrynane House, known as the home of Daniel O’Connell. This is fitting as he is famous for his role in Irish Catholic Emancipation.

The Derrynane Mass Path is also located just off the Kerry Way and is an optional alternative route on our tours there. 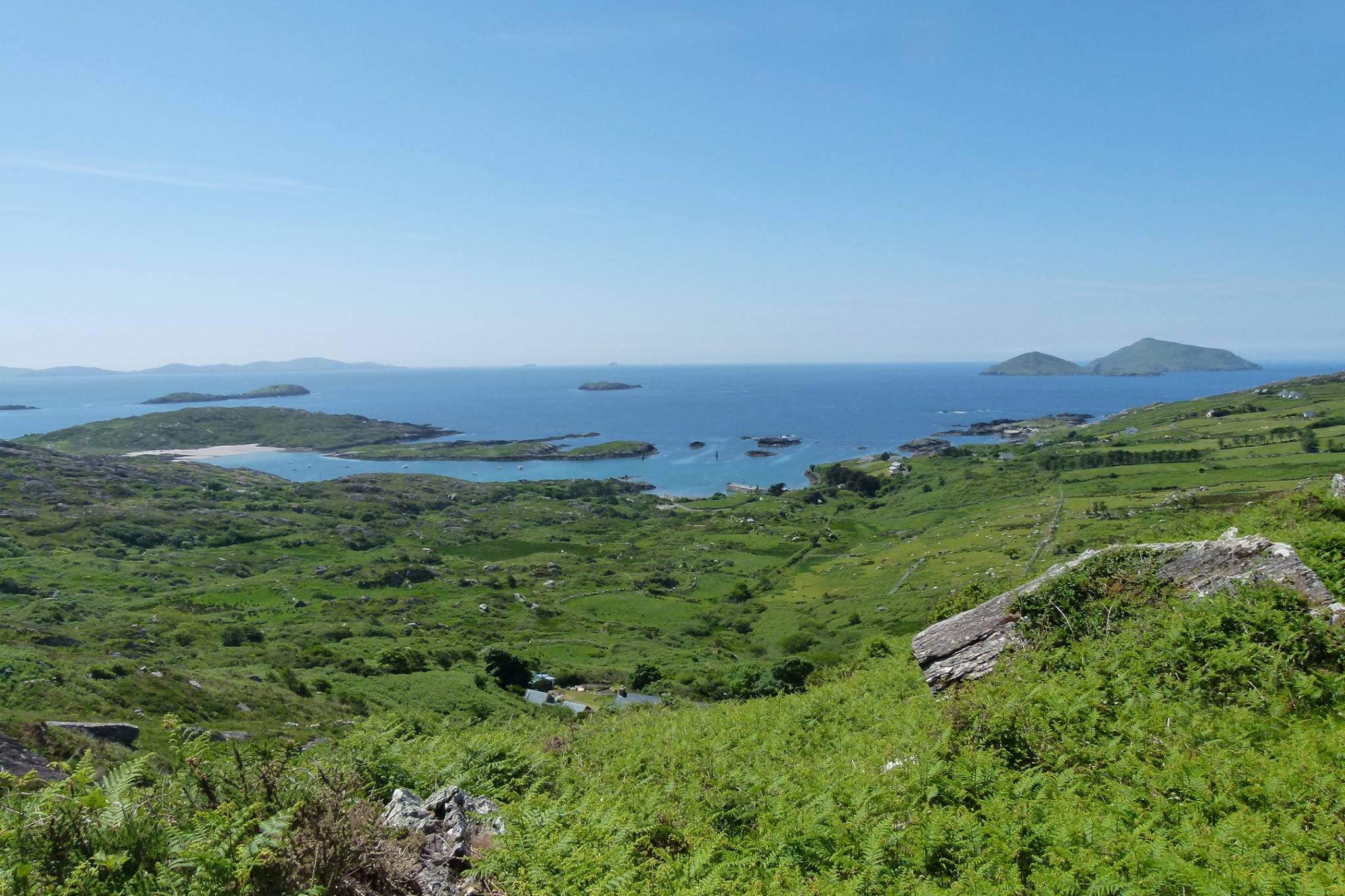 Mám Éan, otherwise known as Maumeen or Mamean, is a small pilgrimage site at a pass through the Maumturk mountains in Connemara. Mám Éan, which translated means ‘The Pass of the Birds’, is a quiet and peaceful place. It gives beautiful views all around on a clear day. However, it can also have a unique mystical atmosphere when covered in lower lying clouds.

It is only accessible by foot but worth the effort as you will find a small chapel, mass altar, holy well, a famous rock known as St. Patrick’s bed and a beautiful statue of St. Patrick around the site.

There is a carpark located at the Inagh side of the pass which is just a 1.5km walk to the site but longer routes are possible and you will also pass Mám Éan while walking the Western Way from Maam to Inagh. 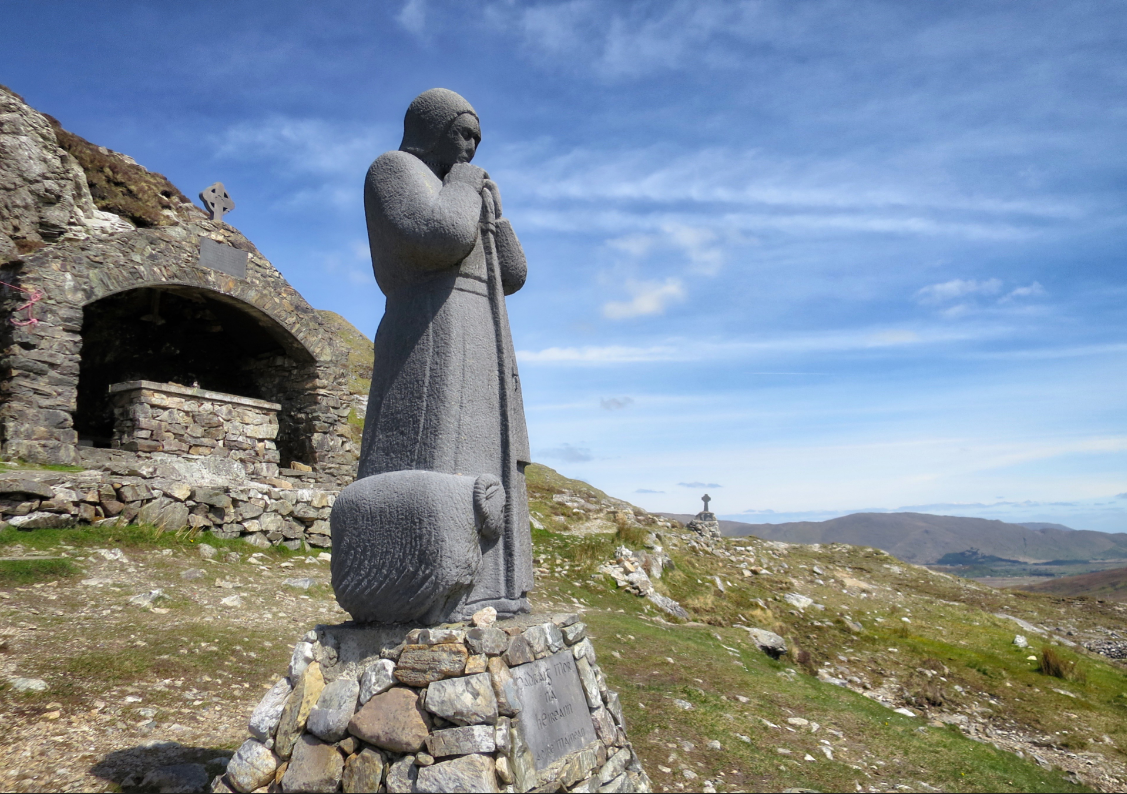 The Kerry Camino, modelled after the Camino de Santiago, is one of the newsiest Irish pilgrim paths but it has deep roots. It is a pilgrimage in County Kerry that connects Tralee and Dingle. The 3-day hike follows in the footsteps of St. Brendan along the Dingle Way. There is beautiful scenery the entire way along the hike, taking in mountains and coastlines alike.

Small villages dot the way, where you can stop, rest, and chat with the locals. Stamping stations are also frequently placed along the Kerry Camino so that you can validate your hike and complete your pilgrim passport, much like the Camino de Santiago.

The end point of the hike is St. James’ Church in Dingle which was originally built by Spanish merchants and dedicated to St. James of Santiago de Compostela. For this reason, Dingle was a famous departure point for Irish pilgrims setting sail for Northern Spain on their way to the tomb of the saint. 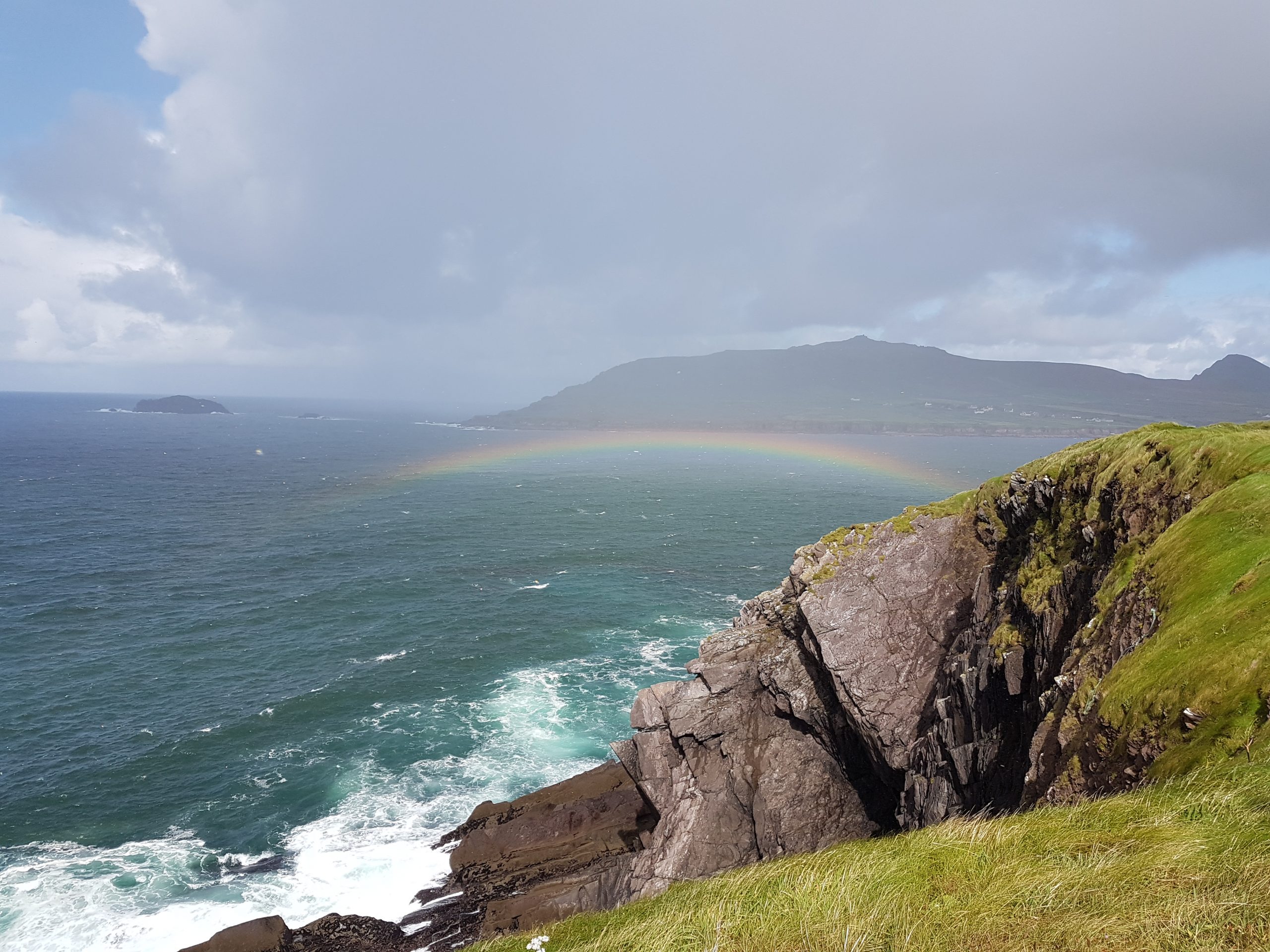 We hope that you enjoyed this guide of the best Irish Pilgrim Paths. If you’re interested in hiking any of these paths or our other walking trails in Ireland, the UK or on the Camino, just get in touch.